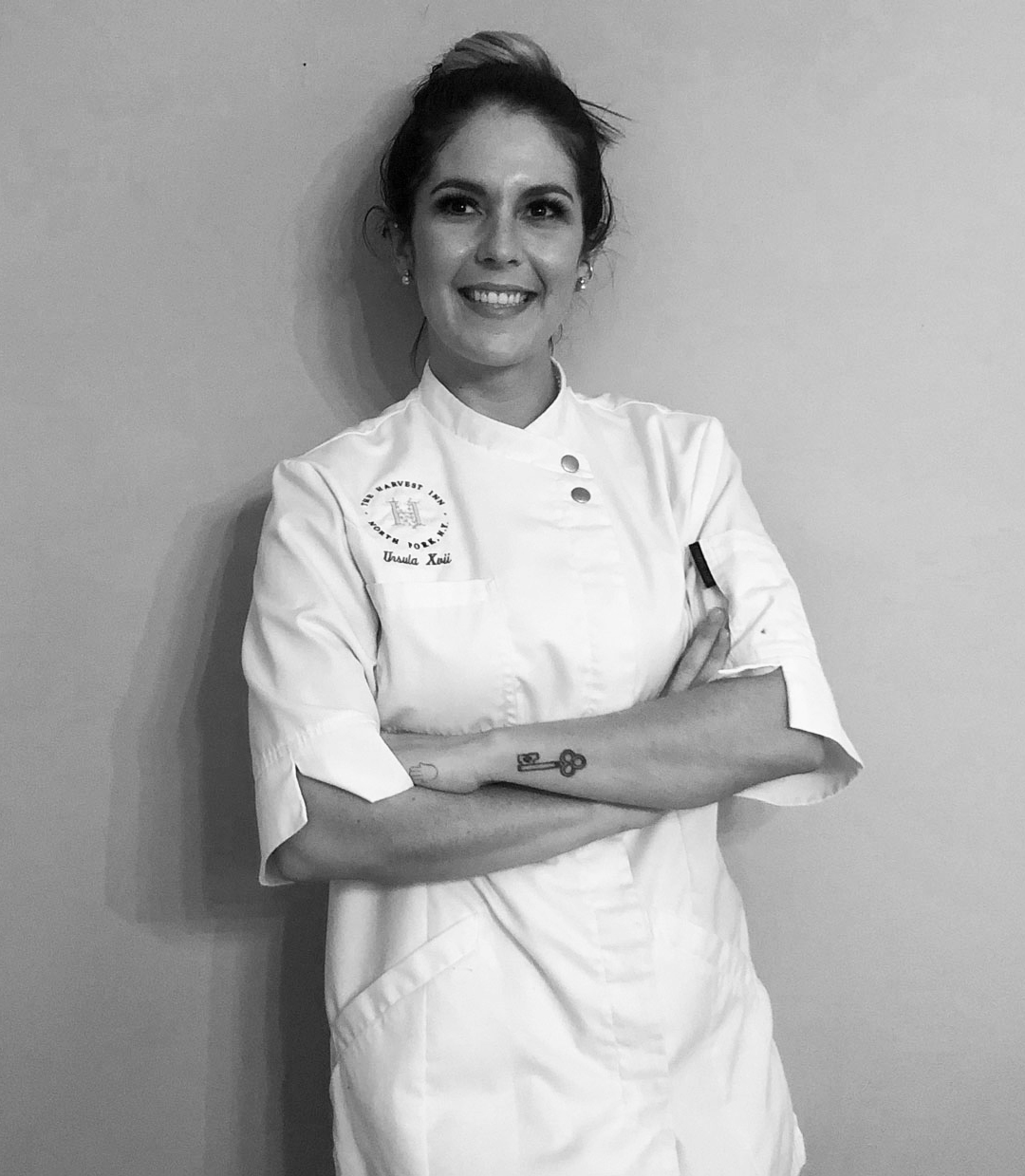 Ursula XVII is a passionate chocolatier who has trained with world renowned pastry chefs while working at several Michelin starred restaurants and shops in Europe and the United States.

From the time she was a little girl growing up in New York City, she spent most of her time after school baking muffins, cookies, and especially, playing all things chocolate.

While enjoying summers in Barcelona, she spent time eating and embarking in any baking project she could get involved in. After college, she realized she was happiest when creating at the kitchen. She decided to pursue formal training and became a Pastry Chef.

Her first job was at a Michelin Starred restaurant where she continued learning and improving her skills and discovered her passion for chocolate. After many hours of work, various classes and stagiers at several restaurants and shops, she decided to take off and continue her training in Europe, under chefs Albert Adria, Oriol Balaguer and Jordi Ferrer.

Ursula became truly inspired to use ingredients, extracts and essences from the surrounding areas while heading the pastry team at a fine dining farm-to-table restaurant, Ca L’Enric in the north of Catalonia. From there she was recruited to help implement pastry and chocolate programs at a large upscale resort in the Hudson Valley. The time came when she decided to start her own line and DISSET CHOCOLATE was born. Disset means “seventeen” in Catalan.

Catalan is Chef Ursula XVII’s native language and seventeen is her second name “XVII”. We chose this as our brand name because it is a number that resonates, and it is unique to our owner and head chocolatier